Amanda and Shane knew that they wanted to spend their wedding day exploring the mountains of Colorado with just the two of them in the morning, then celebrate with their families later that afternoon.

After looking at a few different areas of the state and locations, they decided on staying up in Breckenridge with their families for the week and hosting an intimate gathering.

The morning of their wedding, we met at the top of Loveland Pass in the dark to start hiking up to Mt. Sniktau’s 13,234′ summit. This 13er is a personal favorite – it’s hikable year round due to the access off the pass, as well as the ridge line typically not holding snow in the winter months. The 4 mile round-trip peak does have a good elevation push at the start, but the grade settles after about a mile. It’s a great place to bring the dog for an elopement!

As the sun began to break the horizon, Amanda and Shane had their first look and shared vows just for the two of them. Even though they’d have a ceremony later in the day with their families – they said their personalized vows under the rising sun and legalized their union with a paw-print from Louie on their marriage certificate. One of the best laws here in Colorado is that you can Self-Solemnize – meaning you don’t need an officiant or witness to proclaim you legally married.

We headed down the mountain, and took a nap. I’m so glad that napping between a morning and evening celebration has become a “thing” – it makes for a much better experience. Highly recommend.

With their families, we headed up the dirt road to lower Blue Lake for an evening ceremony.

In 2021, Colorado’s skies were smoky nearly every day this summer. And oddly enough, the fires emitting the smoke weren’t even here in the state this past year but off on the West Coast. As much as it pains my heart to have the land on fire – the light during smoky days can be absolutely stunning.

With a smoke-filled Quandary peak jetting up behind them, Amanda and Shane wed themselves once again with their families there to witness their vows to one another. And Louie of course. The only other creature (besides myself) to attend both celebrations.

I really love that more and more couples are opting for two celebrations – spending quality time alone together as a newly wed couple to later be greeted by loved ones. It’s really the best of both worlds, and not to mention to opportunity to get to spend time at multiple stunning locations.

Congratulations again, Amanda and Shane! I can’t wait to see all your adventures with Louie in the future. 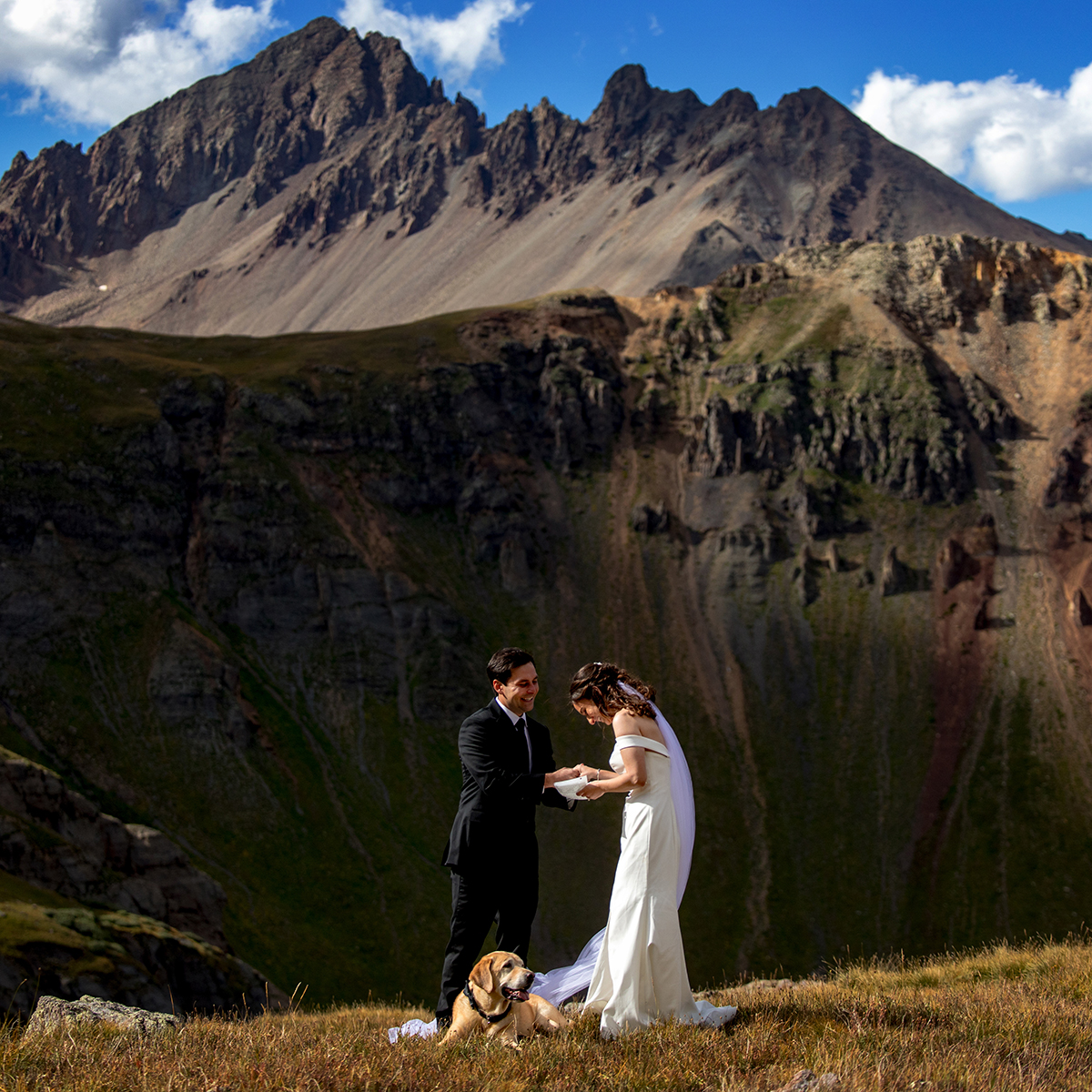